When you own a home, there are a million things you should be doing at any given time. Everything from replacing a burnt out light bulb to dealing with a slow plumbing leak to eliminating the ants in your basement are all seemingly number one on the priority list and as any homeowner knows, when you make everything a priority, nothing seems to get done.

Instead of treating everything as though it’s the biggest, most pressing item on your to do list, it’s best to focus on the bigger things that will end up impacting your home on a grander scale. Like your roofing, for example: when’s the last time you had roofing contractors in Tupelo, MS out to inspect it?

Despite being one of the largest aspects of your home, we tend to overlook our roofing far too often, simply because we take for granted its effectiveness and rely on it to work 24/7/365. But, the fact of the matter is that your roof, like any other facet of your home, needs some attention every now and then—having it inspected is just one way to make sure that it’s getting the attention it needs from a knowledgeable eye.

What you get from an inspection

A roof isn’t like other aspects of your home that you can rely on until they fail. If you push a washing machine until it fails, you can just buy a new one and carry on with the laundry; if you push a roof until it fails, you’re going to be paying out the nose for exorbitant repairs and peripheral damage, not to mention risking your safety by letting such a huge component fail. Despite this, however, many homeowners operate under the impression that, “if it’s not broken, don’t fix it.”

The problem with the above motto is that when something does break, it’s usually going to do so at the expense of your pocketbook in the long run. Imagine a scenario where a roofing inspection costs you $100 and your roofing contractors in Tupelo, MS find some shingle damage that’s going to cost $500 to repair. The $600 you’ll ultimately pay for peace of mind and a sustainable fix is going to far outweigh the potential thousands of dollars you could spend if that unseen issue becomes a full-blown emergency that needs to be fixed anyway.

So, for those who operate on the “don’t fix it until it’s broken” mentality, the cost of skipping or overlooking a roofing inspection could be dramatically higher than for someone who takes a proactive approach to roofing management.

Don’t be afraid of what you find

If you’re worried that investing in a roofing inspection will lead to more money spent on repairs or the uncovering of something drastic, take comfort in knowing that you’re in control of the situation by being proactive. If you avoid speaking to a roofing contractor until something goes wrong, you’re at the mercy of the emergency.

You may not always be thinking about your roof and it could be the last thing you want to tackle on your laundry list of household chores, but that doesn’t make it any less important to consider when it comes to protecting your home. Schedule a roofing inspection today!

Make Us Your First Choice for Construction Services

Whether you’re planning a home addition or undertaking new commercial construction, we’re here to provide you with the services you need. 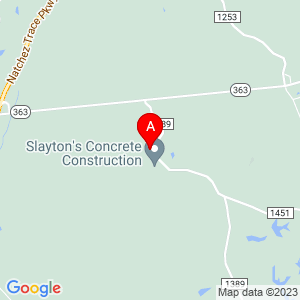